The United States is an influential country in the world, and this influence dates back to its independence. The country’s foreign policy has thus been significant since it has shaped numerous occurrences in the world as a result of its economic and military muscle. The U.S. foreign policy between 1898 and 1941 was oriented toward national security and interests as described in the essay.

The U.S. interest in the annexation of the island of Cuba drove it into the war with Spain, the latter’s colonial master. Driven by this urge, the United States used the excuse of the safety of the Americans in Cuba and threatened to intervene. The alleged stage-managed explosion of the American battleship took place in Havana Harbor, allowing the United States to intervene as a neutral party despite Spain denying responsibility. The Congress declared war on Spain, and the navy destroyed the Spanish fleet and entered Cuba, maintaining a military occupation until 1902 when the protectorate government took over. In this case, the U.S. ambition of expanding its territory appears as the main reason for fighting Spain.

Get a price quote

The United States was interested in national security and dominance in Latin America; therefore, it sought ways of reducing the European influence on the continent. In 1902, the country was determined to control the Isthmian canal and Venezuela. In 1902 and 1903, the United States aided a revolt that resulted in Panama’s separation from Columbia and later established a protectorate government in the country. It further frustrated the European efforts to recover debts from Latin America, which was done to eliminate the European influence on the region. The above information thus allows characterizing the United States as a power-hungry country, as well as reveals its quest for becoming the global superpower.

VIP support ensures that your enquiries will be answered immediately by our Support Team. Extra attention is guaranteed. 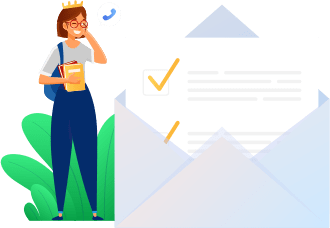 Using the British as an ally to contain the German threat influenced the U.S. foreign policy. Shortly before World War I, the United States under President William Howard sought to create a friendship with Britain after several treaties. It thus sought to assist Britain at all costs in the race for colonies whereby Germany was the major rival, and the reason for that was the perceived German threat to the U.S. national interests and security. The Americans also wanted to promote Christianity by frustrating German cruelty and pagan imperialism. Therefore, the United States offered material help to Britain before finally entering the war to fight on its side. According to the provided information, it is evident that the United States took sides and later joined World War I to tame the perceived German threat.

After World War I, the United States continued orienting its foreign policy toward national interests and security. Apart from joining the League of Nations, it aided the reconstruction of Europe in favor of the allies. The country further sought to maintain the Anglo-American friendship for security. Moreover, it wanted to maintain a favorable balance of power in Europe so that it could avoid the threat of attack by Germany and other members of the Axis. Thus, the country had to join World War II to assist Britain in safeguarding its supremacy in Europe. In this regard, the U.S. foreign policy before World War II was meant to safeguard its interests, which was the reason it took a side in polarizing the European continent in favor of Britain.

In conclusion, the U.S. foreign policy is influential due to the country’s economic and military might. In the 1898 war with Spain, the United States wanted to annex Cuba. In 1917 and 1941, the country sought to ally with Britain against the perceived German threat to ensure security. Based on the provided information, national interests and security formed the basis of U.S. foreign policy.

for your first order with code myfirstorder